Design a site like this with WordPress.com
Get started
Skip to content
infinitumimperium Uncategorized March 21, 2019March 21, 2019 3 Minutes

The sun never sets on the British Empire. With a span of control extending from North America to Australia, the British Empire directly and indirectly influenced hundreds of millions of individuals living in their colonies. But a question must be asked, “Did colonization ultimately improve the state of Britain’s respective colonies as claimed by proponents of the British Empire, or was colonization and unmistakably harrowing experience for the colonies that requires reparations for the wrongs committed?” 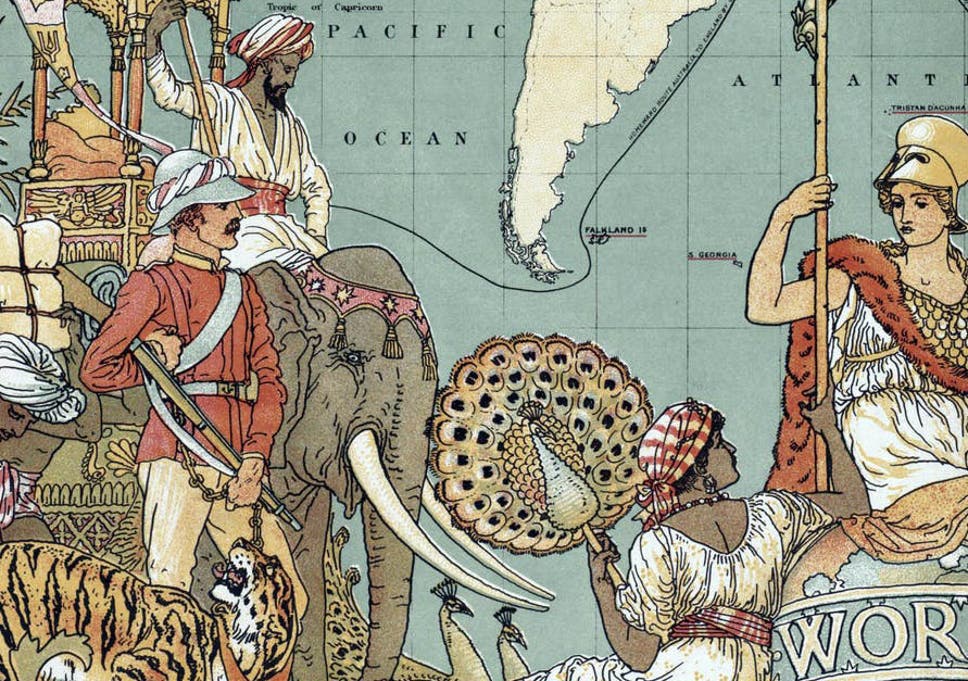 favorable light. Proponents of the Raj frequently evidence that the British offered English as a unifying language for the divided princely states which is ultimately responsible for the continued survival of Indian democracy. They go on to justify Western colonialism by citing that the British were not the first to subject India to colonial rule: the Mughals conquered most of the subcontinent prior to the arrival of the British. As such, Indian natives were exploited in the name of Mughal imperialism and utilized to build monuments to Mughal power like the Agra fort and the Taj Mahal. The British also spent millions on developing the capital of New Delhi, an act that Professor John MacKenzie of Lancaster University refers to as, “an imperial folly which left India with one of the greatest capitals in the world.”

The justification of British imperialism has long been that it was occurred for the benefit of the colonized in a form of civilized and rational despotism that enlightened the natives of the colonies. But it cannot be denied that British rule was responsible for the exploitation of the country’s resources and the subsequent poverty and landlessness. British officials exploited and oppressed millions of people around the world, laid the groundwork for internal chaos and division by partitioning India based on religion. Moreover, they were directly responsible for the deindustrialization of various colonies and the deaths of over 35 million individuals as a result of famines that were caused by British stockpiling of natural resources and food as their own reserves.  Prior to British arrival in India in the 18th century, the country made up 23% of global GDP, which subsequently dropped to less than 4% post-colonial rule.  Thousands dead as a result of massacres notwithstanding, the colonized subjects found themselves in dire poverty and starvation as the British left their countries. In post-colonial India, 90% of the population was living below the poverty line.

It is of course, folly to ignore or deny that there were benefits to British rule, much of which continue to be enjoyed by former colonies today. But such benefits like democracy, civil services, infrastructure, English language, cricket, and political unity, were designed to serve the British empire and any advantage to Indians were either accidental or came despite the British. Concerning the issue of democracy, it was actually denied by the British until forcibly claimed by the colonized and that too with limited franchise.

Former British colonies around the world continue to experience the aftereffects of British presence even decades after their independence from colonial rule. For example, Africans in the Caribbean continue to suffer from the immense psychological damage that has been done as a result of their dehumanization by the British. Caribbean social traditions, authority structures, and property rights have all been destabilized in favor of British structures and traditions. Many of these countries’ current issues including the creation and continuance of racial, religious, and ethnic tensions are a direct consequence of colonialism. This would support the necessity of a moral debt that must be repaid.

This in turn, raises the question, if

reparations are indeed owed to Britain’s various colonies around the world, how do you place a monetary value on all that the colonies have suffered and lost under British rule? Perhaps the issue is not really of a monetary sum, the necessity of which is rather negligible for countries like India whose GDP is set to overtake that of the United Kingdom within two years, but the principle. Is there a debt? Do the British owe reparations and can they acknowledge a wrong that is done? Or will they continue the pretense that British colonialism was a beneficial act? One cannot necessarily blame today’s British citizens for the acts that their ancestors, but if one can give aid to those starving in Yemen, merely based on the principle that there are wrongs that must be corrected, the principle of reparations cannot be denied.